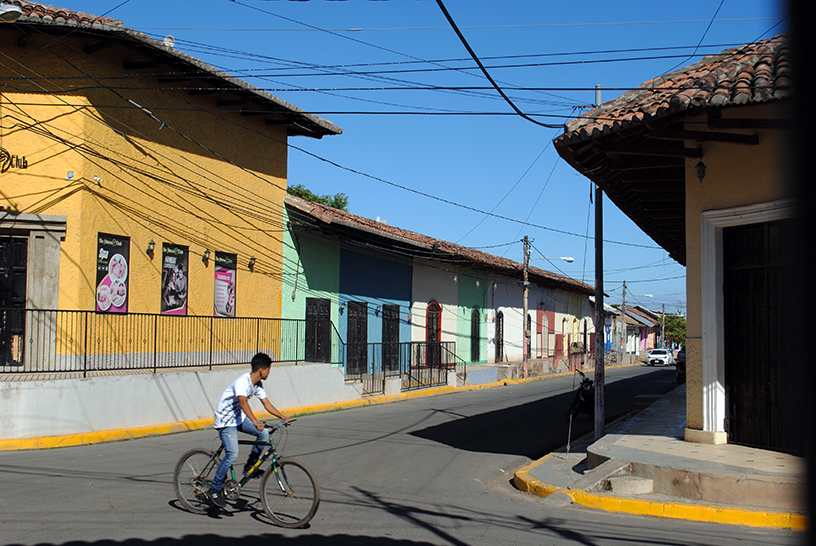 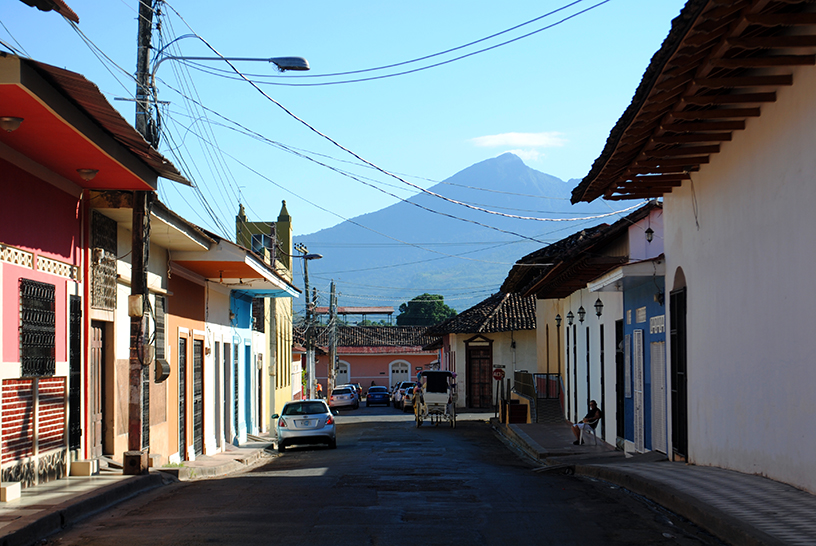 If I am unable to spend Xmas in the warm and hairy bosom of my family, I have a long-standing personal tradition of spending Xmas Day in the most washed out and depressing manner conceivable. It probably started years ago in a way that was unwanted and unavoidable and with me less able to be objective about my suffering, but these days there is definitely a part of me that revels in the anguish of a dusty and deserted small town with tinny George Michael carols floating in the tattered sky above it.
Truly, there is something quite bloody marvellous about being stupidly and dramatically melancholy for Xmas.
If you were never the kind of teenager who ramped up moments of minor misunderstanding or perceived slights into endlessly traumatic existential crises with only the use of a couple of well-placed ballads, then this story might be an eerie insight into the unknown. 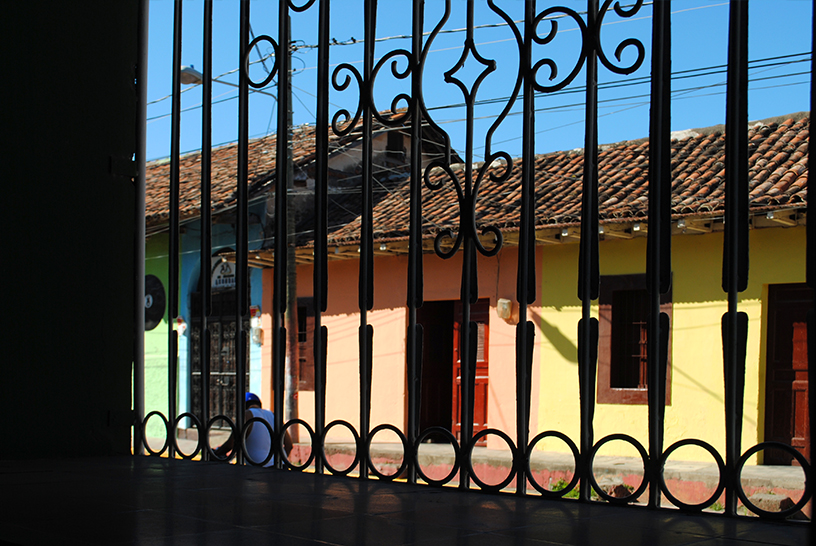 It is possible that I have this capacity for gloom because I come from a people with a long tradition of morbid holidays. As children, we were yanked from our comfortable green suburban lives and driven across the Vaal River to a dry and yellow graveyard in the Free State at least once a year. Here we clustered under shivering poplars and sung keening hymns to commemorate the slaughter of our ancestors by the British in both the Anglo-Boer War itself and in the grisly arena of the concentration camps that took care of our great aunts and a good lot of the children. Visits to battlefields, monuments and hills named after heroes together with occasional strident speechifying were very much a part of what was otherwise an idyllic childhood. The commemoration of the Battle of Blood River, for example, used to be my people’s annual celebration of what for all intents and purposes was just an enormous bloody massacre in a river, maybe quaintly illustrated with splashes of valour and leopard print and kinky ox-wagon things, but basically still a fiercely macabre affair. To this day I see people from the past as a woeful and struggling lot on missions that, though vaguely admirable, are difficult to identify with. (Due to certain uncommon breeding practices I am only roughly the second generation of my maternal family born after the 1800s ended, so I do have a strangely immediate understanding of ‘people from the past’). All I’m saying is that a certain darkness might very well be bred and nurtured into me. Especially when it comes to holidays. 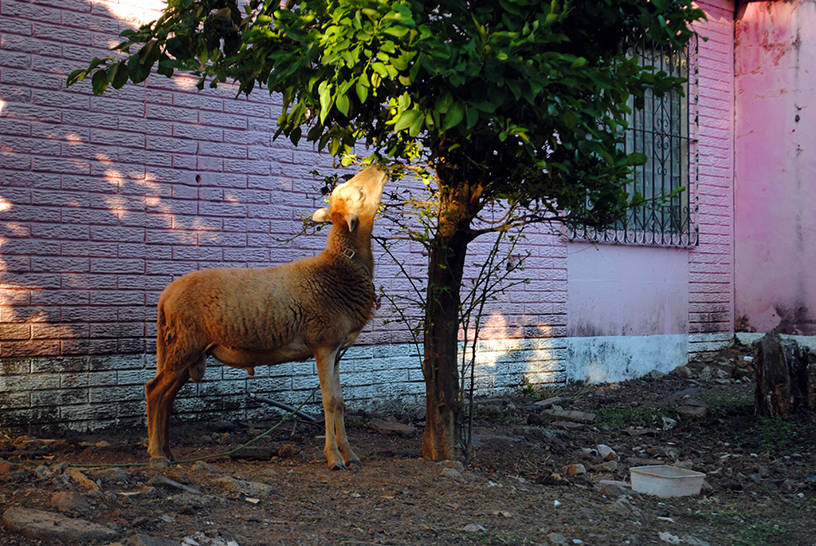 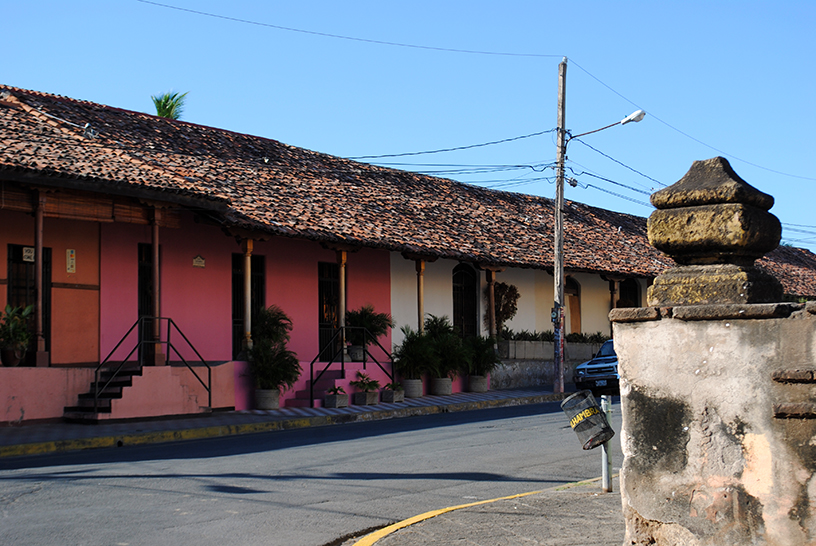 I realise very well that this frivolous flirting with despair doesn’t come close to the real pain of missing loved ones or being in conflict with them, or worse, never having had a family or an ounce of cheer during Xmas.

No, no, no. That is not the business of this day. Instead, I will paint you a picture of my ideal anti-Christmas…

Venture into the tall shade of the spectral colonial streets with me. It is Granada. Nicaragua, not Spain. It’s Christmas morning. It’s warm and dry and the sky is almost white and extremely uninteresting in its lack of cloud stuff. The streets are almost completely empty. One can only hope that most people are at church or already gathering for family lunch (otherwise it has to be a plague or a rapture of some kind). You (like me) want the streets deserted, but filled with the cosy expectation of something you know damn well you’re excluded from. It works better in towns than cities because you want a proper sense that the world is abandoned, a pervasive wan and unfulfilled quiet that is unlike any other morning of the year. You want to maintain hope that somewhere there is a miraculous like-minded clutch of temporary (or terminal) orphans gathered, just so that in your heart of hearts you can be disappointed repeatedly. Blown. To aid this potential (but already dashed) illusion, it is necessary to waltz past a few likely spots only to find every single door closed. In Granada the doors on the streets are all like huge portals to other dimensions, so shut, they emphasise the point nicely.

In your head and heart, you want to be aware of how precious it is to toe this line. The line between the true abyss and the theatre of the day. 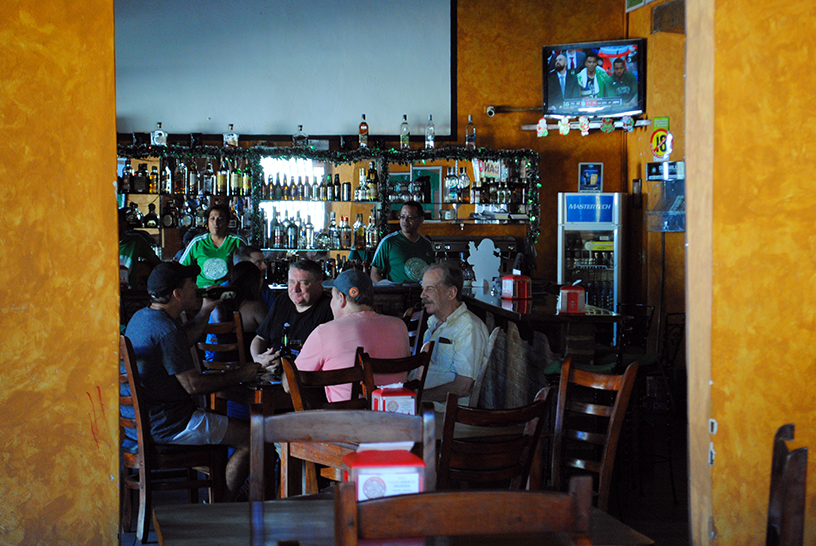 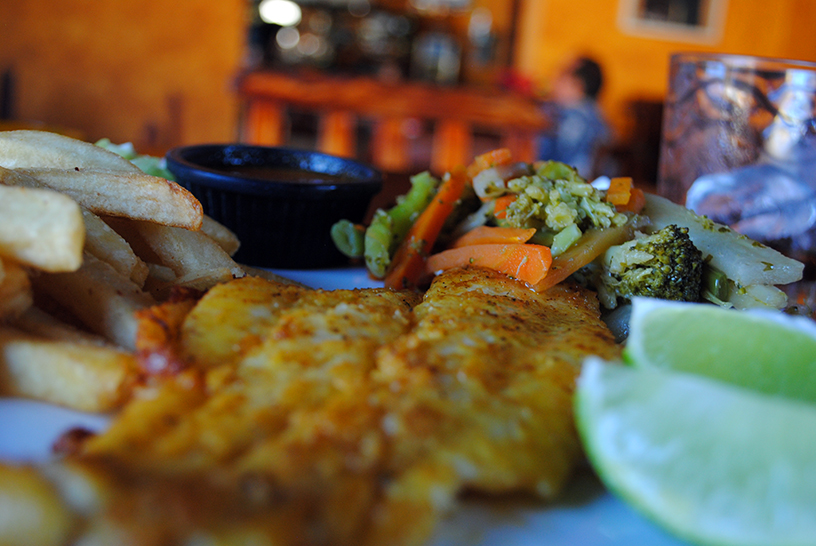 It is nice if you know exactly what bar to end up in. Given your (mostly self-induced) fragile state, you don’t want to deal with bad food. No, you want to already know the whereabouts of that strange nook of misfits and geniuses that can at least feed you properly. You want sports on the screens (preferably big, important sport that you have less than zero interest in, like baseball or ice hockey). You want a forlorn clump of delicious old expats, preferably Americans (someday soon I will write a long essay on my strange infatuation with crinkly American exports and dusty English professors) and American-Asians, or maybe Canadians murmuring about stuff all over the bar. And you want every horror flick of a Xmas anthem on one of those holly decorated screens in the corner, ready to torture you with their list-i-ness. Yes, every one of those melodies that can and will open worlds of tormented memories must play. You want to have plenty of time to simmer and regress and complain and sink and reminisce. You want a buffet with various animal cuts and you want roast potatoes and green beans and gravy. You might not eat any of it. (Instead, you might opt for freshly caught Guapote, or handsome fish, from the lake, and find it so delicately prepared that it shatters the fragile gloom you’re clinging to for this story.)
Like the absent baubles, too delicate to even be gay, on an (also absent) fractured pine.
Shit. You’re starting to have a wonderful time. Even the lurid cake is so light and fluffy and moist you can’t maintain. 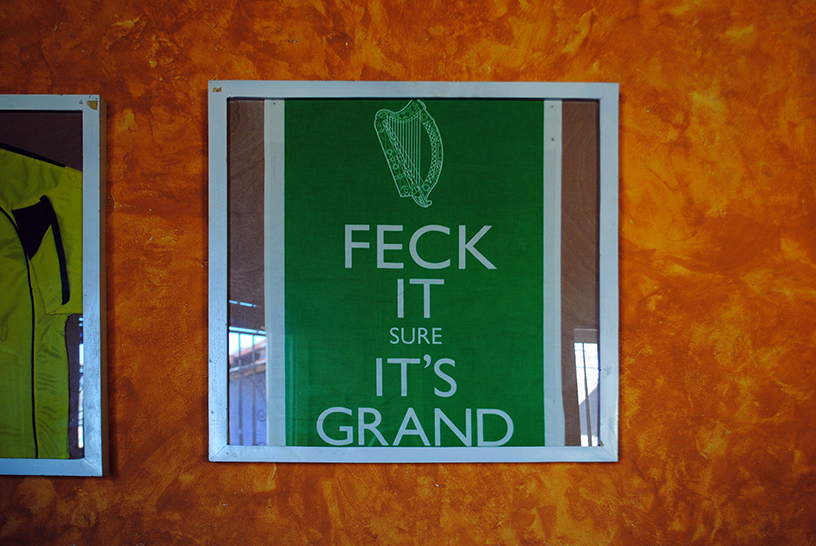 Which leads me here…

I love Xmas. I care not one jot or tittle what it is supposed to mean or how commercial it has become, I love it. I love every revolting, over-the-top, excessive ounce of it. I love that people have fairy-light competitions that have gotten so far out of hand that it can be seen from space. I love the misplaced icons of Xmas that we grew up with – the red-chested Robins and the snowflakes and the evergreen winter pines (lost in the blistering summer of the Southern hemisphere). I love it for its smells of cinnamon and cloves, oranges, brandy and chocolate. I love the baked sugar smell of pavlova and mango and lemon. The crisp crack of a sinfully pink watermelon. I love it for the heightened emotions and the stupid crush of late-night shopping the day before. I love that even in Japan it is bigger every year, even though it is a foreign holiday with no roots in their culture. I love that despite that, they still manage to out-Xmas, Xmas.
I love spending months planning menus and thinking up recipes. I love cooking for days and seeing it devoured in minutes. I love the jokes and the memes and the sight of people stumbling around overeaten and holding their stomachs. 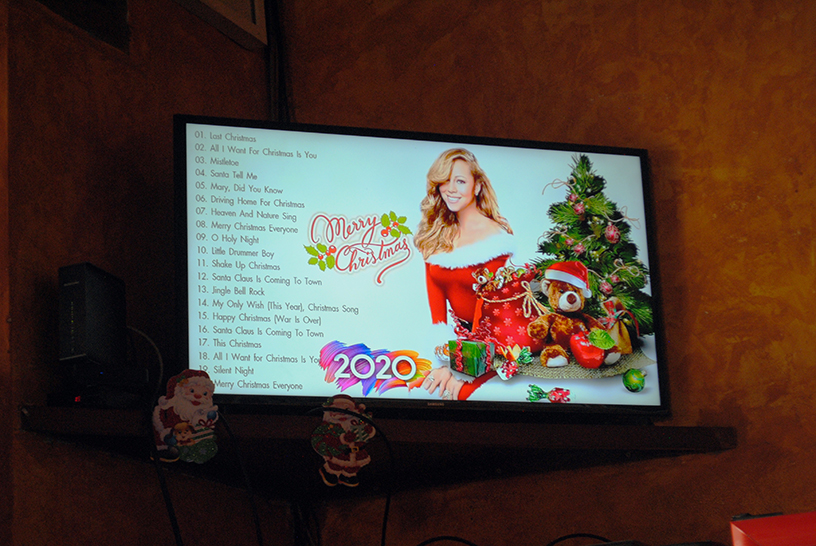 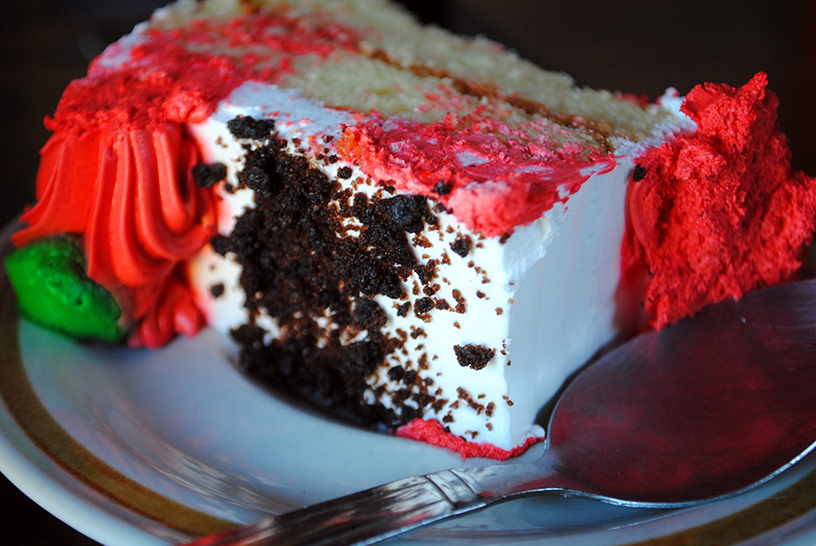 But if there is no going home and no family and there are no friends close-by, then the flip-side of Xmas is just as deep and abiding and satisfying.
Every song a flood of memory and emotion – beat my drum, parampapapam. Every whiff of stale beer, every desperate crack, every cheery poster.

There is no doubt in my mind that for Xmas 2019 Granada gave itself to us completely. 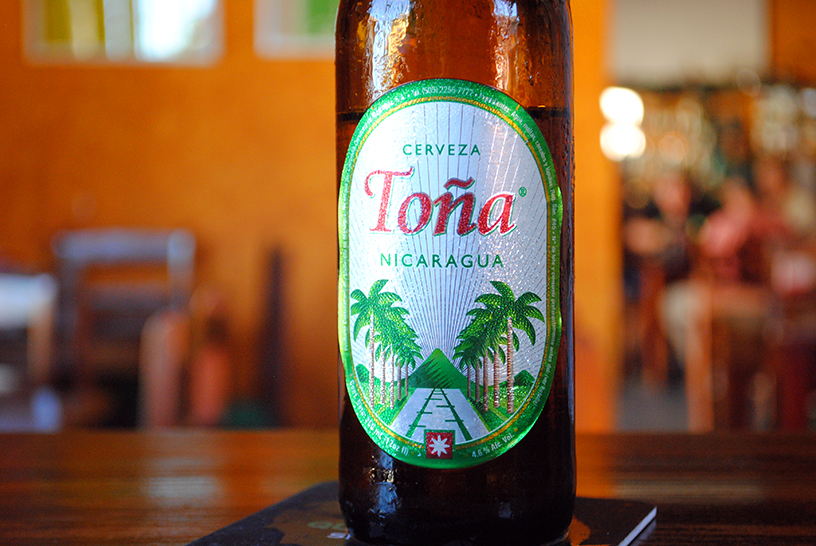 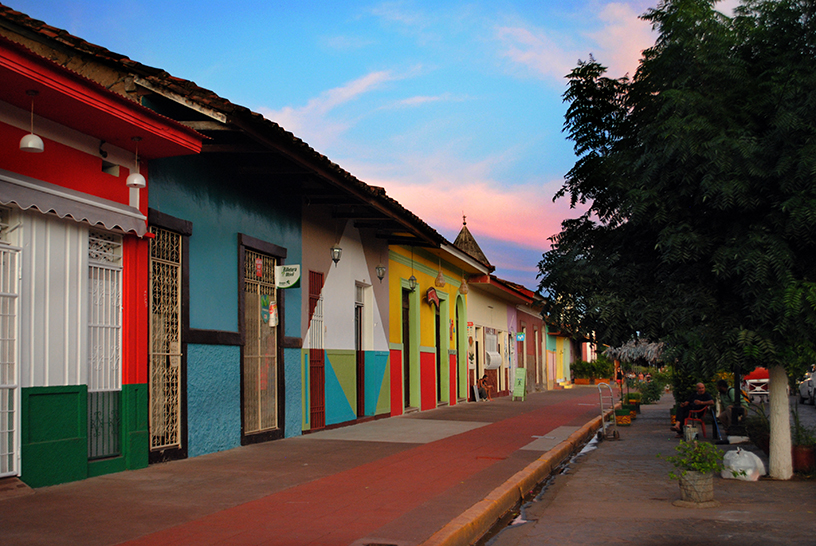 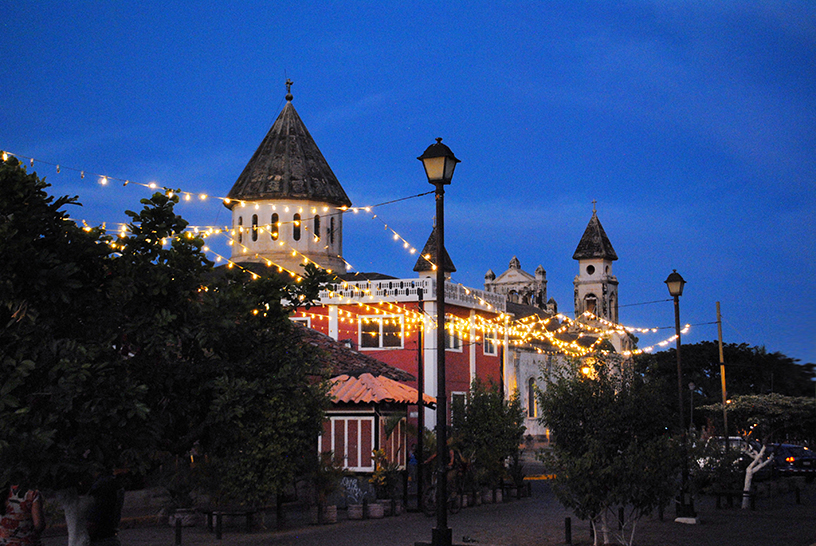