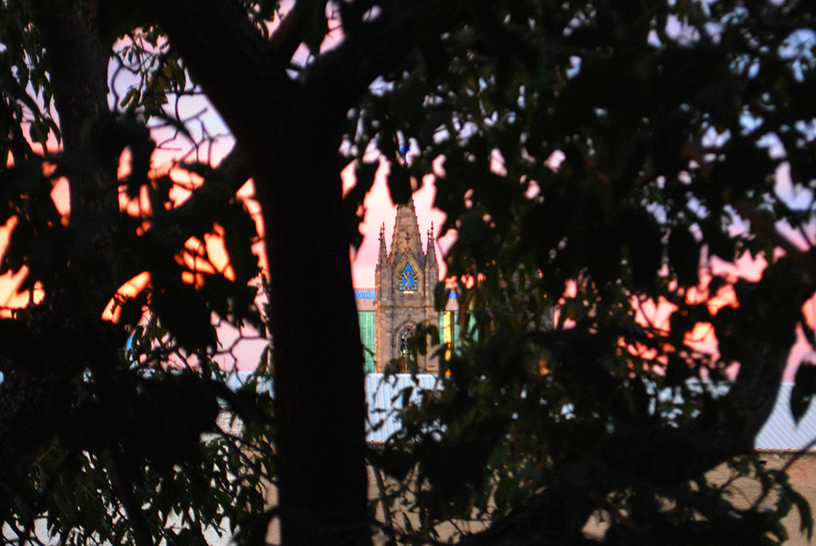 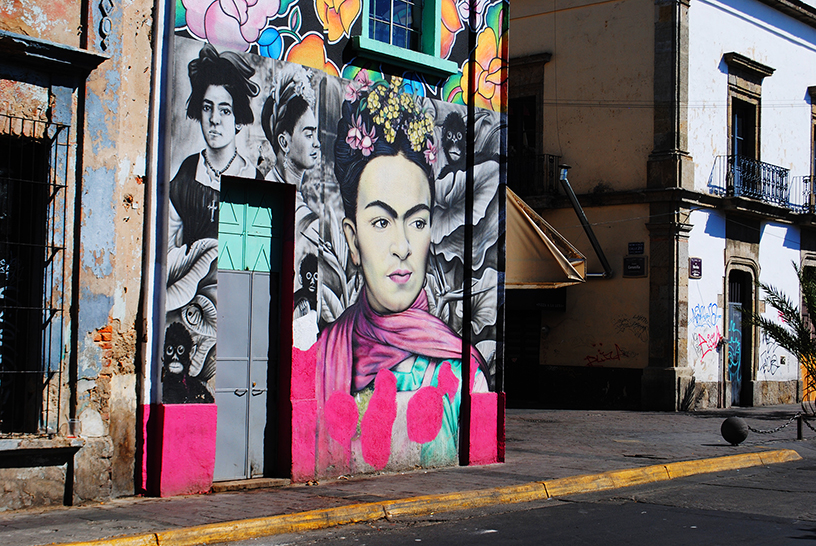 One of the very best things about travelling is the surprise of arriving in a new place. Actually, it is more than surprise, it is as if there’s an anchor being set tying that time to future nostalgias and melancholies, a novel implosion of time. Mexico is uncommonly good at it – being above and beyond time, being surprising. I don’t know if we were conditioned to the relative poverty of Nicaragua or if we had become town mice in a matter of months, but my first impression of Mexico was one of affluence. Great thrumming lively boutique super-bike prosperity. Landing in Mexico City felt nothing like being in Central America, it felt like arriving in Europe. The city is enormous – neither Hong Kong nor Mumbai nor Osaka gives one the same stupefying city-as-far-as-the-eye-can-see impression. At night the lights cover the earth from horizon to horizon long before the plane’s wheels even drop. It is breathtaking.
We didn’t engage with life in Mexico City more than stumbling out onto the sidewalk and hanging around the airport for a few hours, that first time, but I loved the feeling of the place. Again to my surprise. Mexico City is happy. 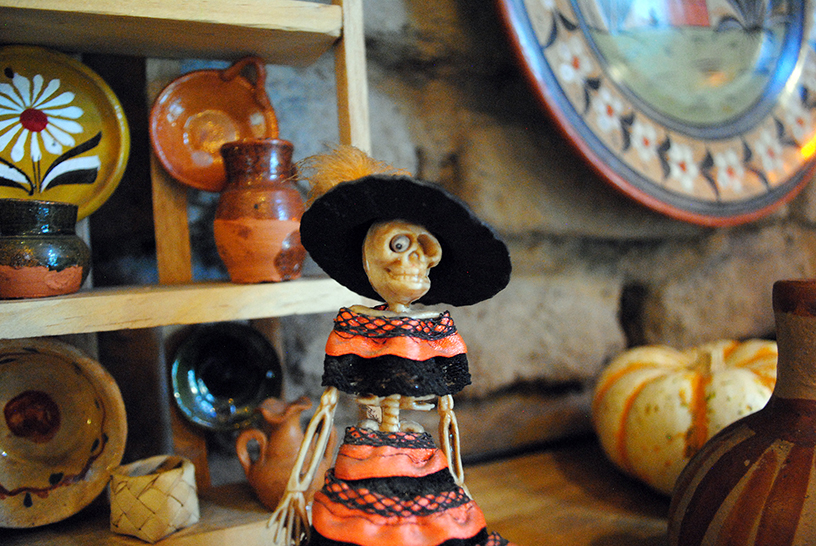 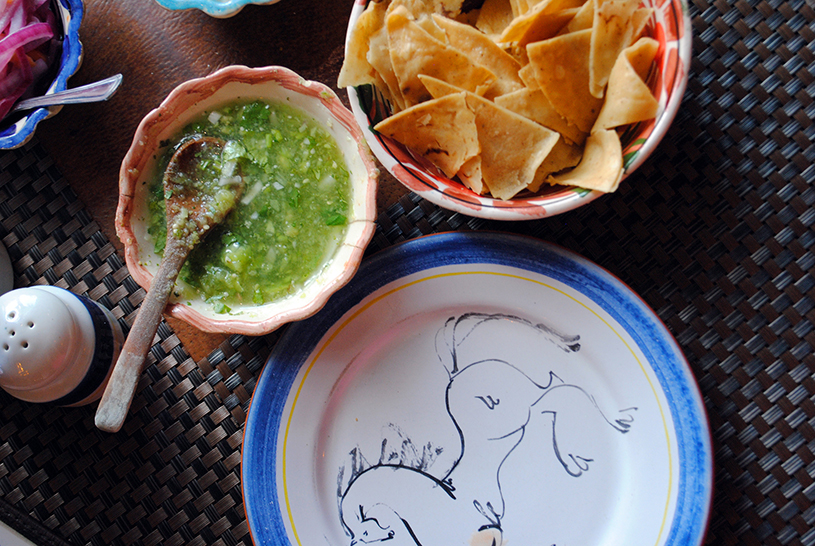 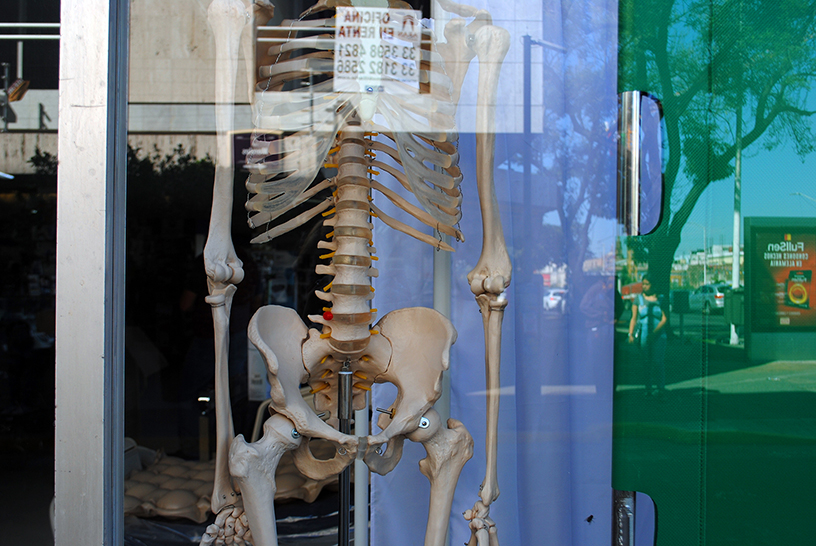 It is an obvious thing to start dis-assembling one’s preconceived ideas about a place soon after you arrive for the first time. I would love to claim that I know better than to paint pictures of places in my head before I go there, but it is simply not true. Of course I had ideas about Mexico painted on the back of my eyeballs. Very distorted, very shadowy, very bad pictures as it turned out.
From the outside one is tempted to see Mexico existing in the shadow of the USA, furtively scuttling residents across the border to better lives, when in actuality life in Mexico is infinitely richer than to the North. So much so that I’m wondering if the derogatory things said about Mexicans in the USA are not because they feel superior, but because they feel threatened. If I had such a robust and vital neighbour I might even feel despair at my own young and conflicted self. It is glaringly obvious that despite a much stronger currency (the Peso relates to the US Dollar, in value, much like the SA Rand does) across the border, the quality of life in Mexico is much better across a much broader spectrum of people. Through the eyes of a South African, it is downright lush, especially at the very poor end. Writing this after more than 8 months in (central) Mexico, we have seen only very few beggars and never once a single shack. 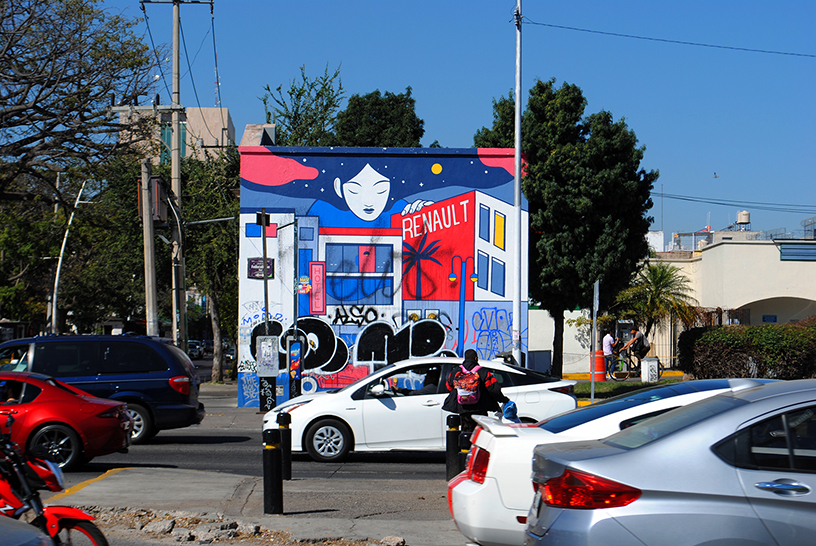 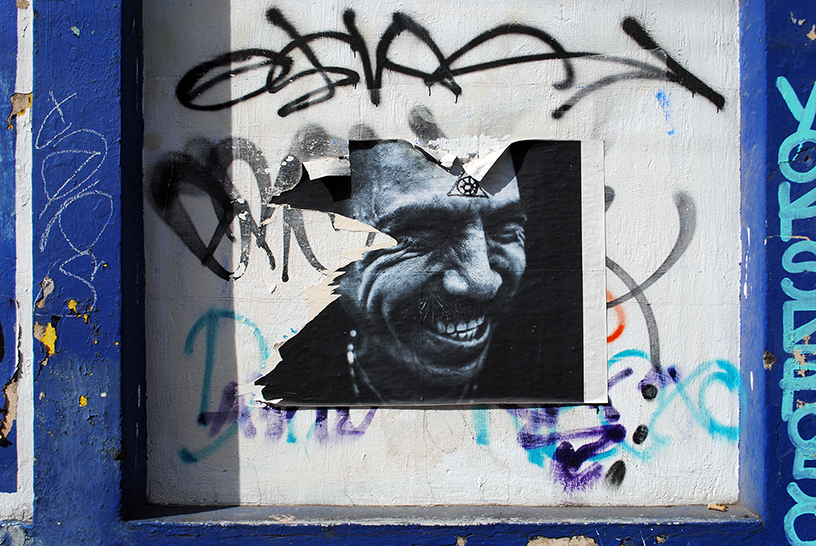 A surprising amount of things one would consider quintessentially part of a US of A identity are from Mexican origin, from cowboy boots and cowboy hats to the $ symbol, from colour TV and popcorn to federal government structures.

The Mexicans are proud, enterprising, artistic and beautiful completely in their own irrepressible way. There is a sense of getting on with things, without waiting for permission or help (especially during the pandemic) and of living, loving and celebrating together with a real sense of community. I get a sense that they are tied to the land and to nature and their own history in an almost mystical way. The old gods are not completely forgotten here. 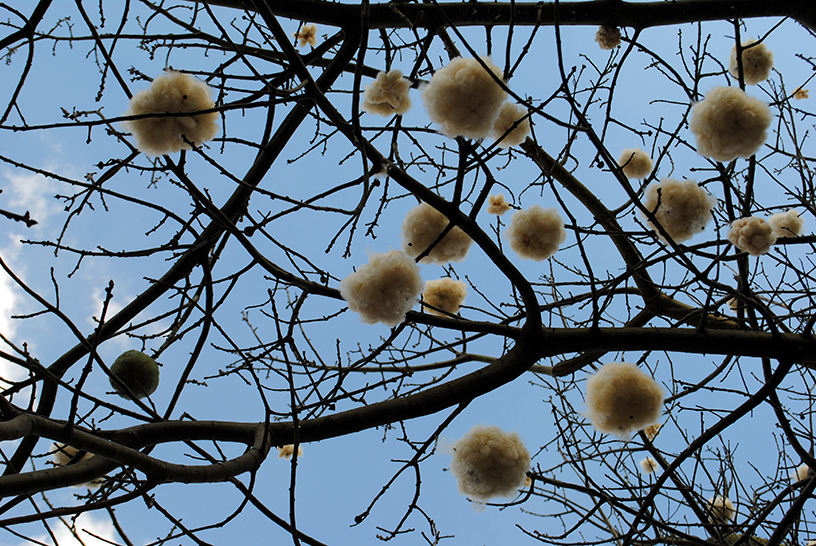 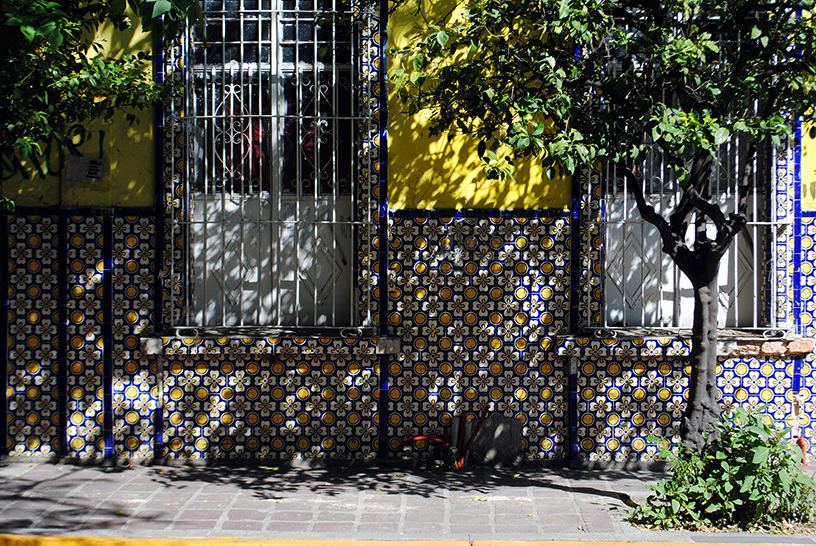 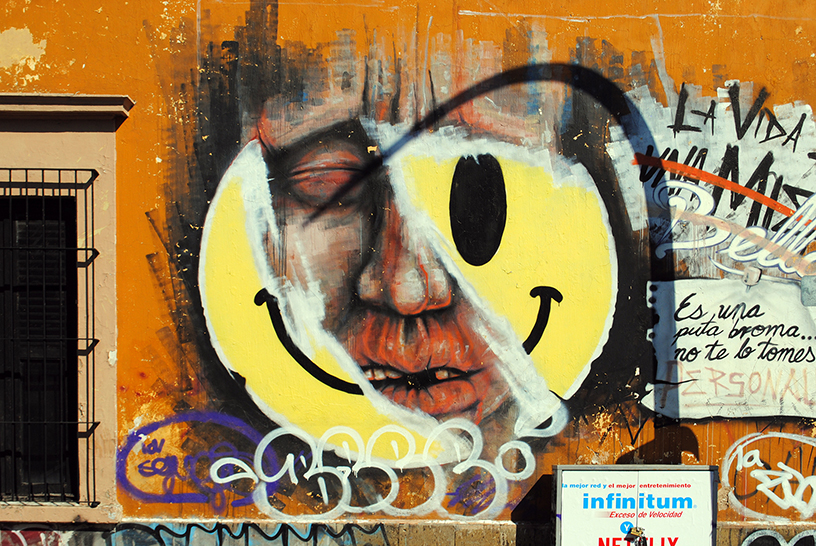 From Mexico City we flew west and a little north, closer to the Pacific, to Guadalajara, the second-largest city in Mexico (after the inconceivably large and sprawling Mexico City) and it is mesmerising. I have no idea how they keep such a monster city humming in what looks like semi-desert from the sky. I was grateful I didn’t throw away all my unguents or all my warm clothes. In February it was dry and significantly cooler than in Nicaragua.
We stayed in a flat in the centre on a very busy corner close to the University of Guadalajara and (judging by the amount of ambulances, hollering past) quite a few hospitals. One could be forgiven for thinking the world was ending until you realised that in a city of more than five million people the number of sirens must be normal (this was in February, Covid19 still only a bleep on the radar). What can I say, it had been more than a decade since I had last spent any amount of time in a city (apart from a night or two in Cape Town) and it was very loud and very dusty. 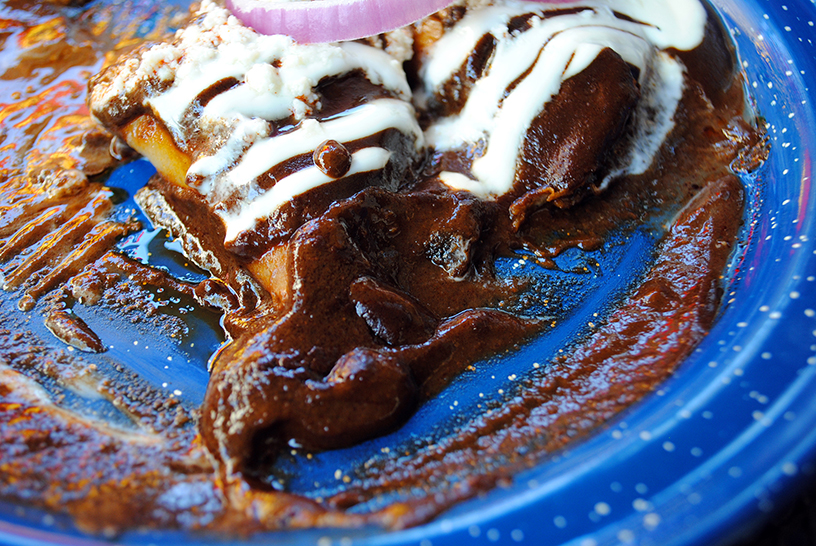 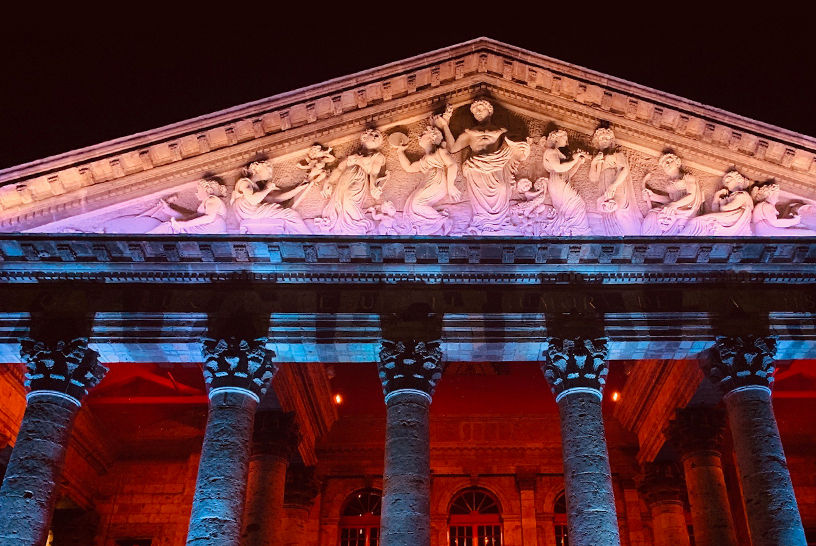 Our first visit to the local supermarket was enough to make us fall in love with Mexican food. The quality and variety made our mouths water. At home we still ate simple meals, but suddenly we had so very many options – we could load crusty, freshly baked bread with raw and aged organic goats-milk cheese and haystacks of feathery alfalfa sprouts – things we hadn’t seen or tasted for more than half a year. Every visit to the shop delivered us with more surprises, more to discover and completely new tastes. One could write pages just about the chillies or just about corn. 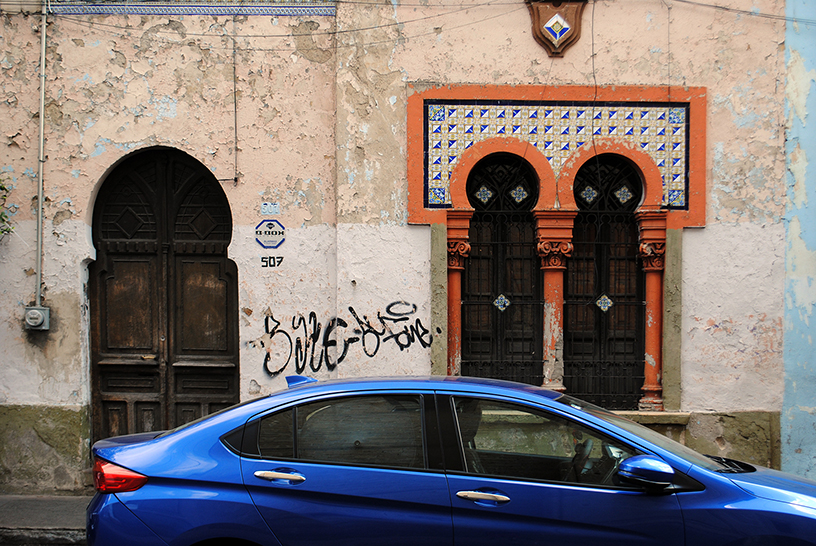 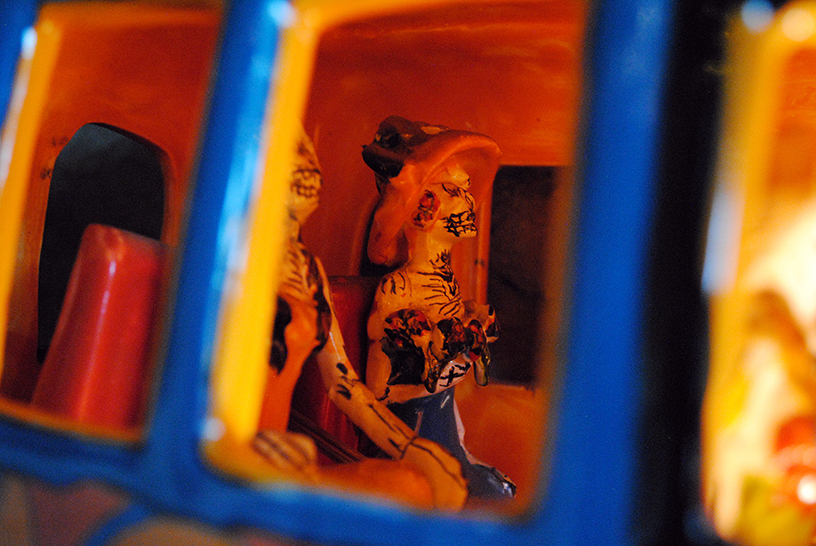 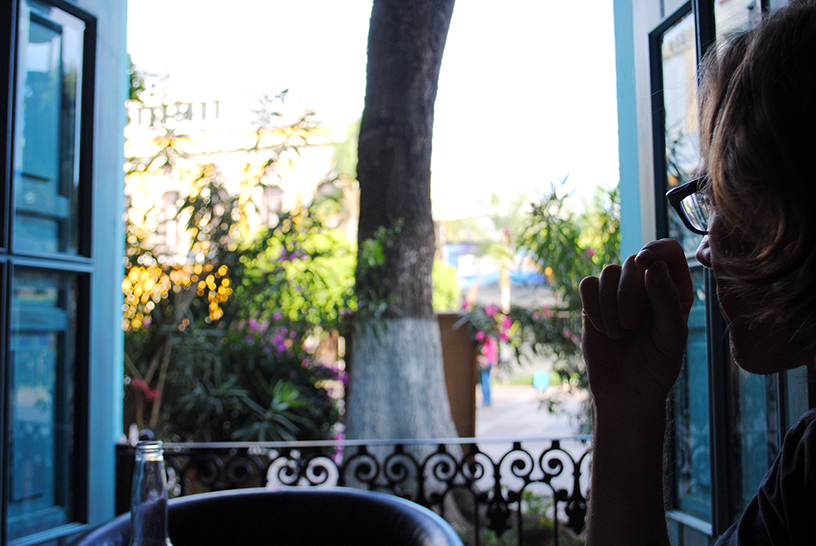 Our free time in Guadalajara was spent walking around and shopping for small luxuries (like essential oils – available in great abundance and at a fraction of what it costs at home or in the US) and eating out. I would pour over the map of the city and slyly plan walking routes through parts of the city we hadn’t seen, but what I was actually steering us to was to a restaurant I had found. I looked for highly-rated restaurants with Mexican menus and then we would walk closer and closer circling the venue like love-sick teenagers giving in to seduction. In some of the older parts of the city, they would focus on a speciality dish for a few blocks, and the flavour would hang in the air. A Birriería, for example, is a restaurant that specialises in Birria, a stew popular in Jalisco (the central-western state Guadalajara is situated in), traditionally prepared for festive occasions, like Easter or for a wedding. It is lovingly made out of adobo marinated goat’s meat and carefully cooked for a very long time in a rich and spicy tomato sauce, often in enormous ovens – and then served with tortillas and lime and cilantro and a few different salsas. (Adobo is made with vinegar, various chillies, lots of spices and herbs – it makes the meat super soft and darkly luscious with smoky flavours.) Initially, we tasted everything, our vegetarian preference temporarily suspended in favour of discovery.
For breakfast, we ate unusually saucy plates that were black (or green or white) with mole and complex flavours impossible to analyse for component parts at cute little cafes with umbrellas in the street. 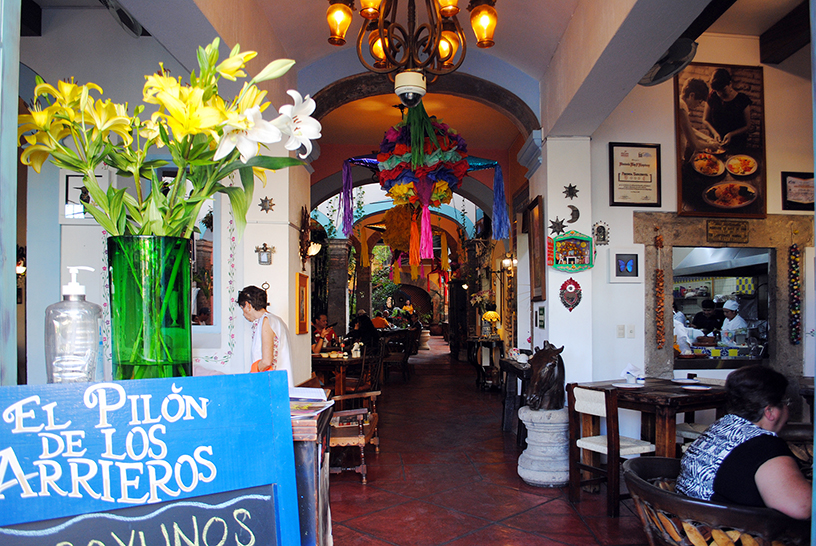 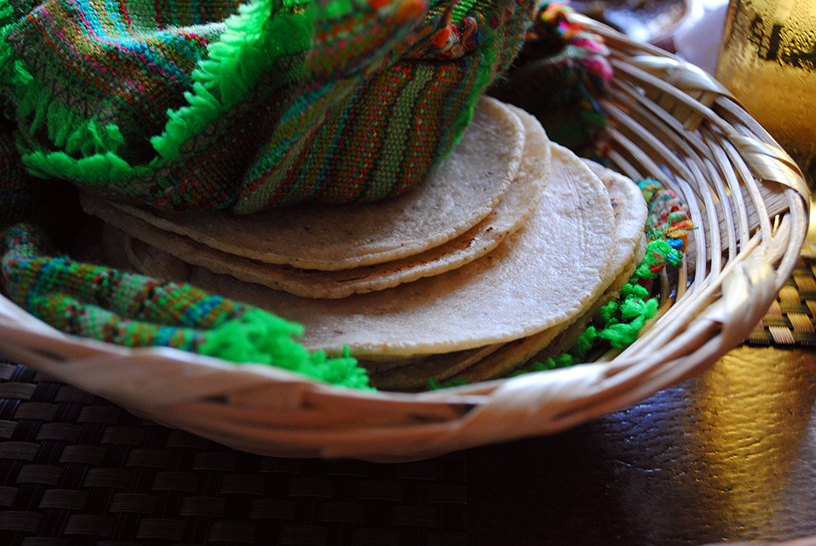 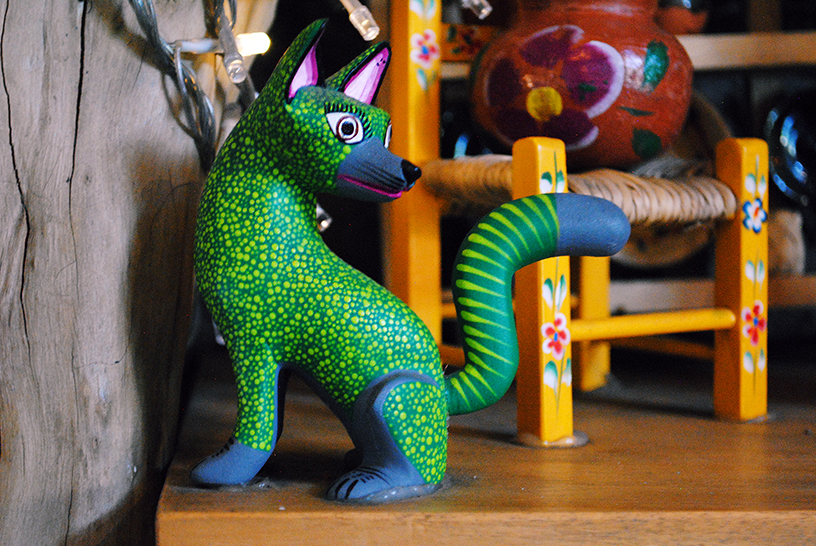 The city is beautiful in a way that is thoroughly people-friendly and well lived-in. The streets sing with a veritable orchard of citrus trees. Traditional textures and patterns are interspersed everywhere with graffiti and street art on the walls and sidewalks and in little secret corners. I would later come to associate #arteverywhere with Mexico and the notion originated in Guadalajara without a doubt.
One gets the sense that the inhabitants are genuinely proud of their city, and they have every right to be. We chatted to students and young professionals and drank tequila until early in the morning with a group of people we would later struggle to remember what language we spoke to. We were genuinely surprised at how safe we felt, how absolutely without threat we went everywhere day and night. 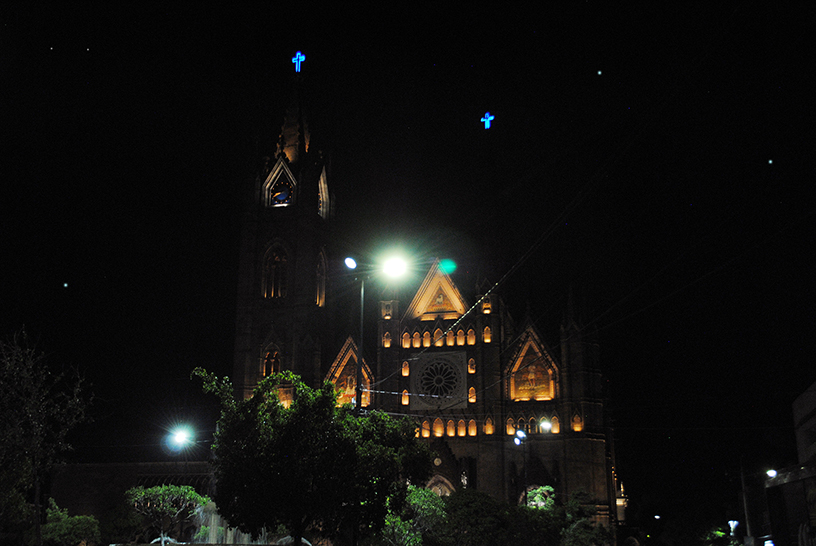 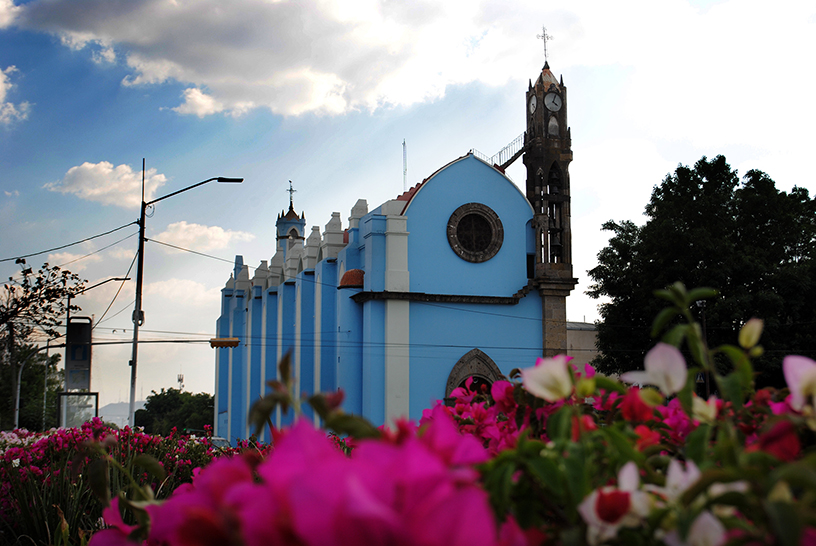 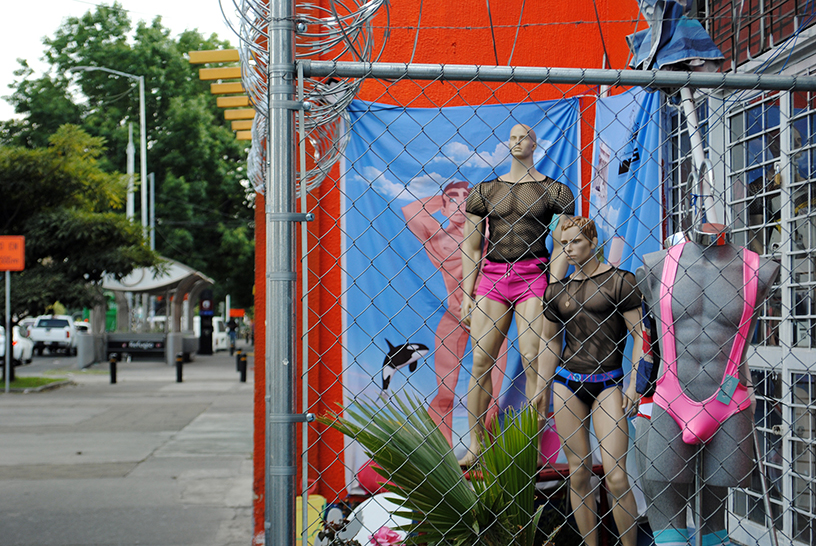 It is difficult to steer clear of tequila here, the city is well known for its magnificent tequilas that come in a potentially crippling variety. Every bar had a whole range of new and different types – we could, for example, dedicate an entire evening drinking tequila only from black bottles (or with negra in the name).
In my little heart of hearts, I wanted the big commercial markets to be filled with embroidered cloth and traditional crafts, with ceramics and baskets, with home-made tequila and things spun in magic, but of course, the reality is somewhat different. Those things can all be found, but vast stretches of the markets are glutted with heaps of tacky cosmetics, plastic toys, cheap clothes, trashy electronics and enough colourful cellphone covers to surface the moon. Basically a clean landfill with the bits of rubbish priced. 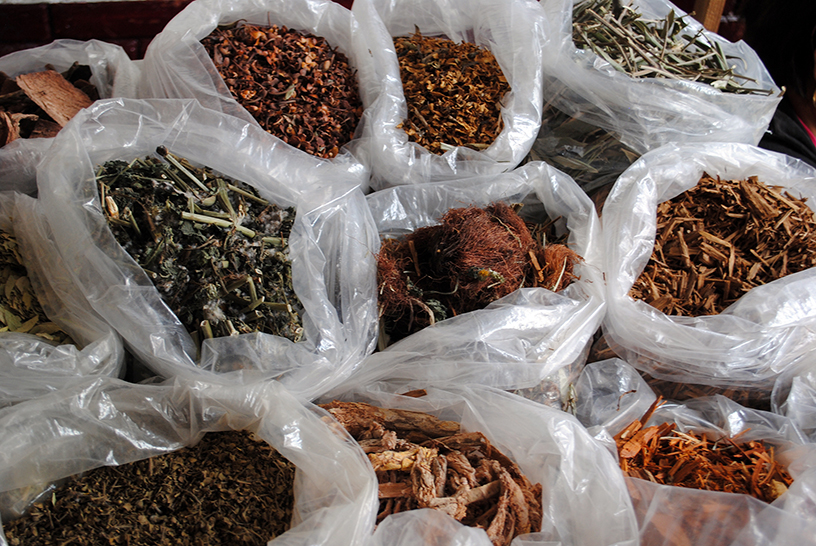 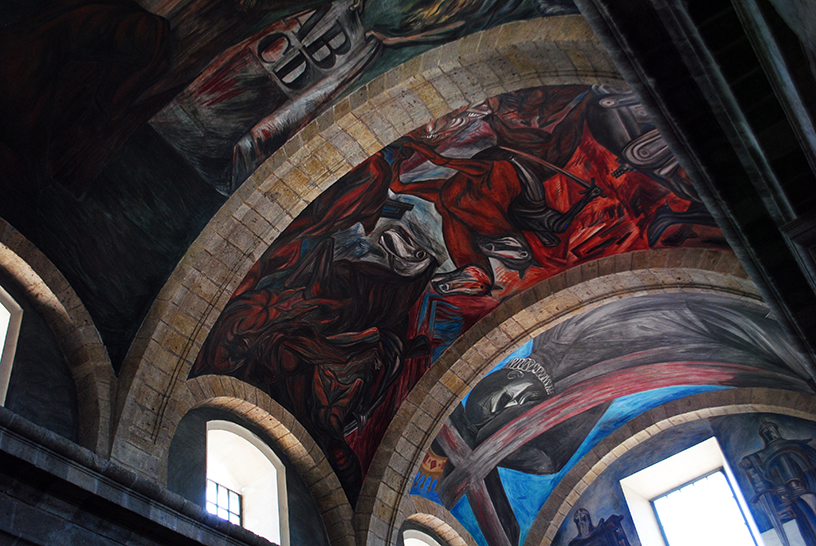 Before arriving in Mexico, we had noticed the amount of farmacias everywhere we went in Central America – even in the small towns there were an inordinate amount of pill shops, sometimes one on every corner (and I don’t mean convenience stores with a brush and a chocolate and a tampon in addition to a bit of medicine, I mean a counter with racks of pills behind it). In Mexico, I immediately noticed that there are an almost equal number of herbalists, stores with shelves and shelves of bottles and packets of plants and oils and teas I would find hard to identify, and market stalls well-stocked with bark and roots and leaves and other bits. It is heartening to see an alternative, a culture of health that has little to do with pharmaceuticals and more with nature – one that has probably survived for centuries. 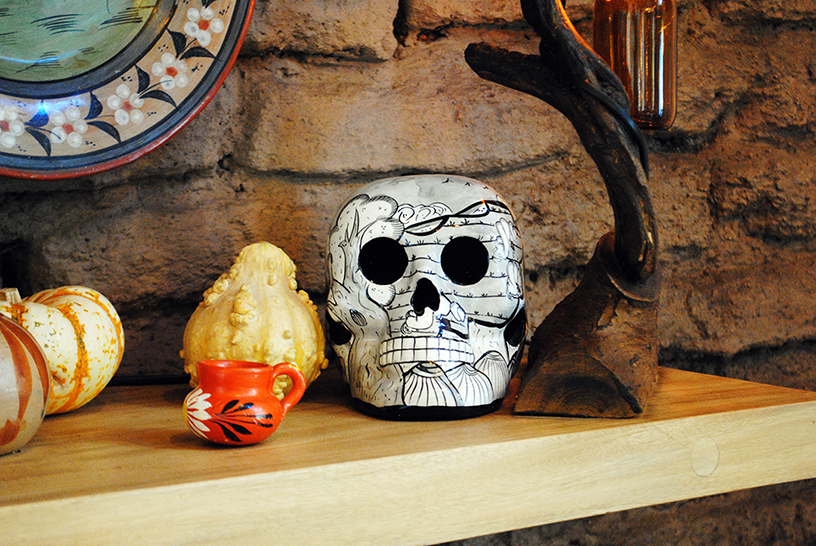 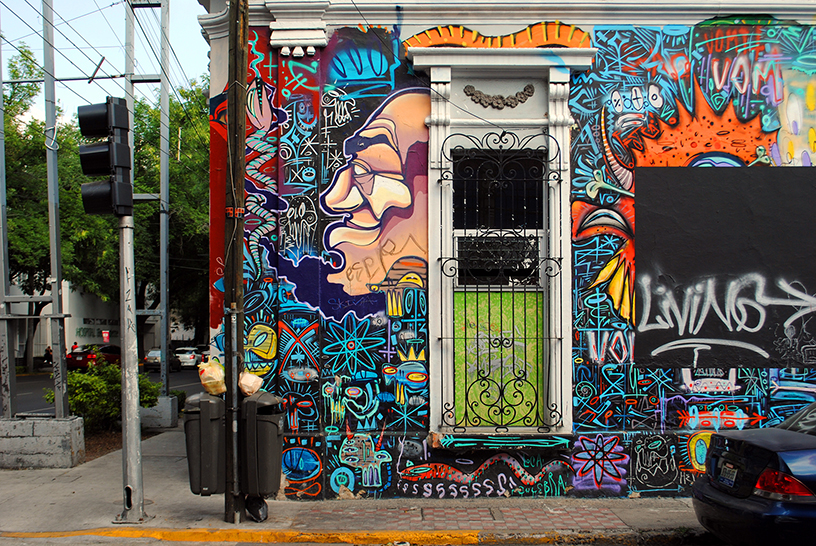 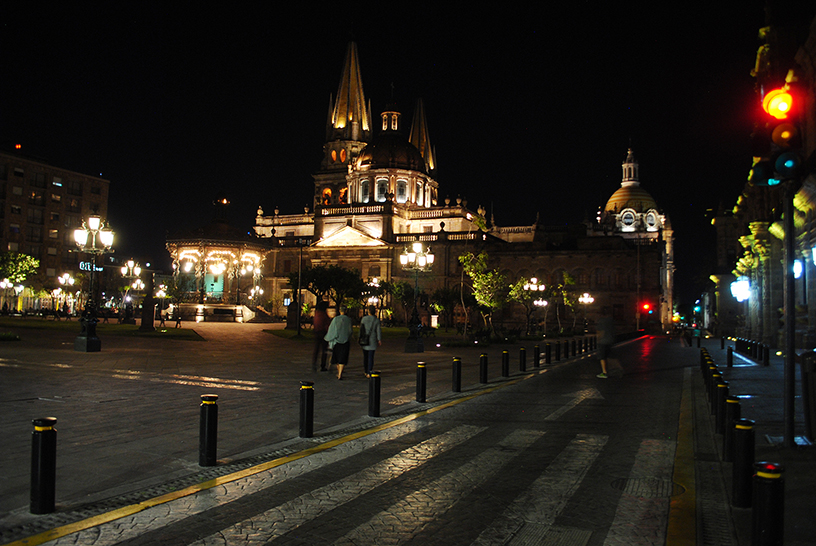 After a few weeks in the buzzing city, where the light is soft and whitely-golden and the air smells, well, like only the air in Mexico can (aromatic and earthy)… my sister and two girlfriends arrived like exotic birds from foreign climes and together with another friend (and informal tour guide) from Mexico, we went on a whirlwind tour that landed us in San Miguel de Allende, the very heart of Mexico, but more about that next time… 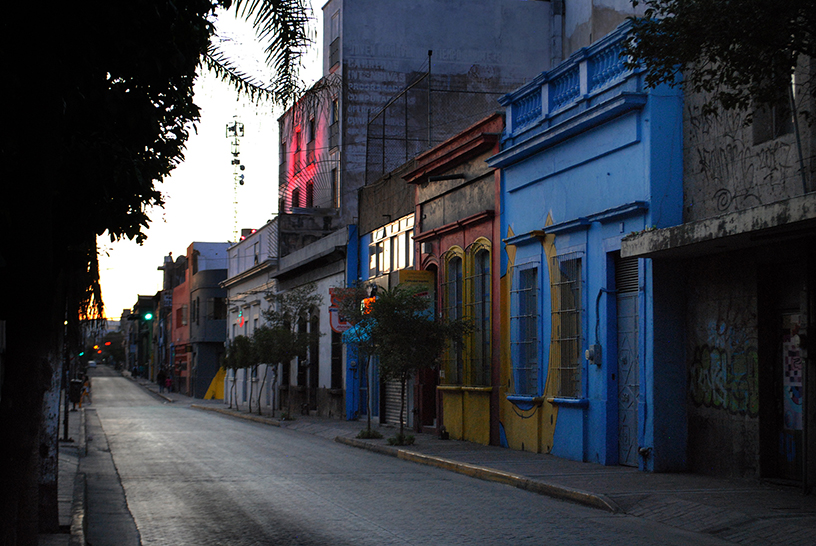 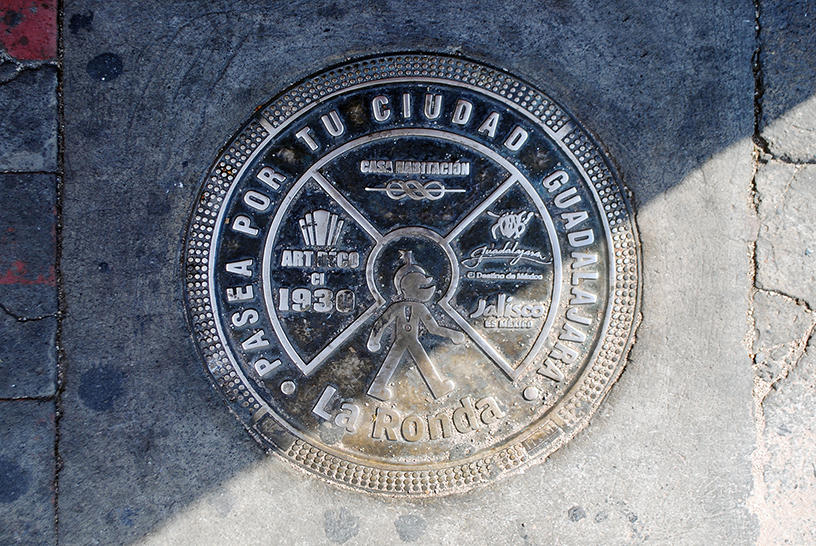 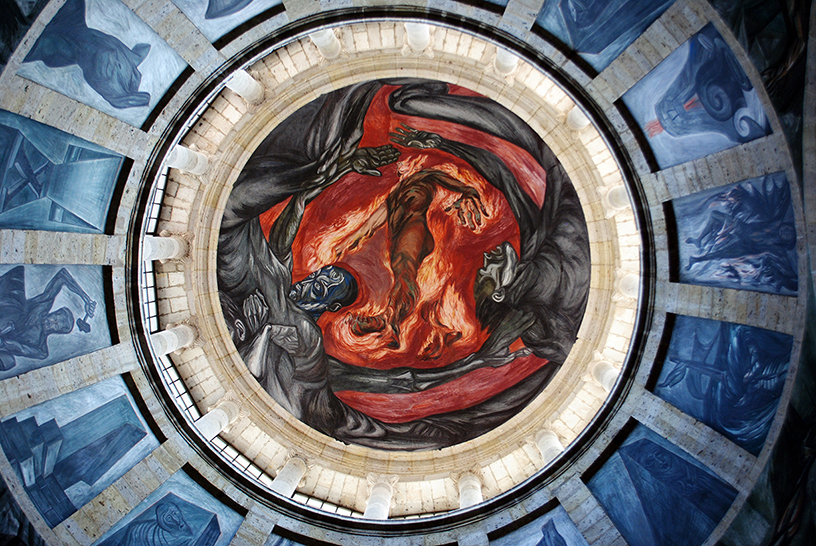